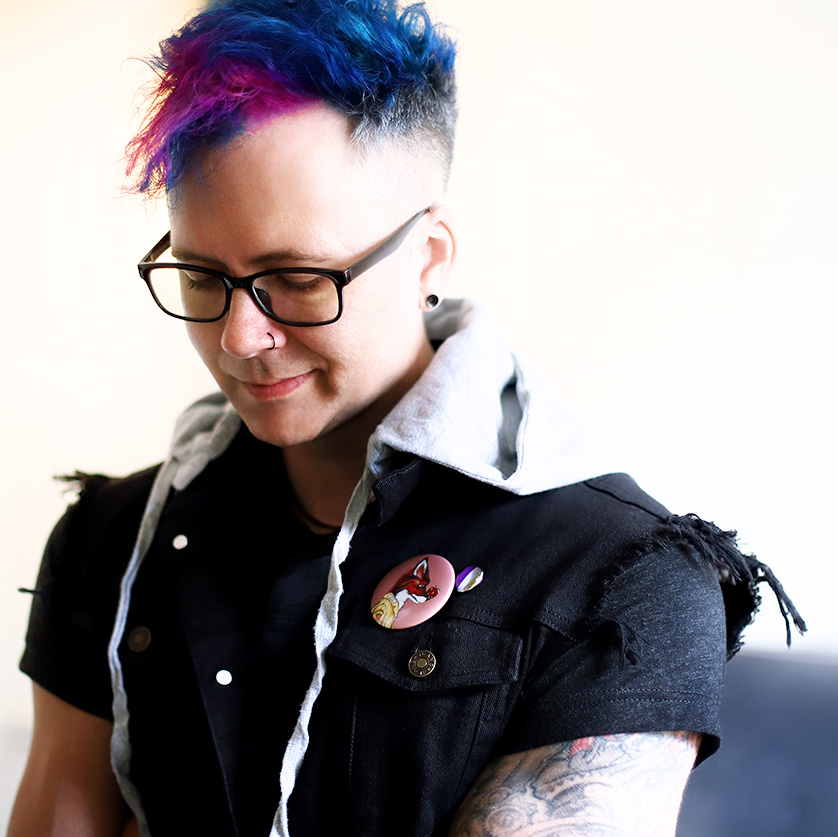 I have over a decade of professional experience in big data, security, web, and distributed systems. Prior to my current position, I worked with a talented and creative development team at Ping Identity, followed by Optiv Security.

Before getting into engineering, I had a brief, but rewarding career in journalism. I worked as a multimedia producer at the now defunct Rocky Mountain News where I produced Final Edition, an Emmy award-winning documentary chronicling the demise of the paper.

I have an MS from Johns Hopkins University and a BS from Metropolitan State University.

In addition to writing and engineering, I'm a vegan enby(they/them) nerd who is in love with this world and will forever be doing all I can to make it a better place.

And I may be known to occasionally play in a punk band here or there.

I have a soldering iron and a chaotic desire to void warranties.

“Matty was always extremely professional and studious, frequently brought new and innovative ideas to the table, and was reliable on even the most daunting of projects.
— Michael Wilson, Artificial Intelligence Researcher
“With the perfect blend of curiosity and irreverence, they raised the right questions that I wish I would have thought of. My takeaway: Bring in Matty early on any project.
— Ben George, Digital Marketing & Creative Director
“They would take the response given to them, apply it a level above the originally intended issue they were trying to solve, and thus became an expert very quickly at what once was foreign.
— Teddy Yueh, Senior Software Engineer
“Matty is one of the most approachable and easy to work with people I have ever had the pleasure of working with.
— Ryan Ramage, Developer
“In addition to being a brilliant engineer, Matty is awesome to work with and someone I would definitely want on my team.
— Adam Lundeen, Marketing Technologist
“They're never shy of carrying other less obvious, but very important roles, along with being the technical lead.
— Avi Khatri, Reactive Systems & Fast Data Consultant
“Matty was a great colleague and team player in a high-impact work environment where immediacy and accuracy are a top priority.
— Jaime Aguilar, Media Specialist
“Within a year, they designed a more efficient system which saved the newspaper and its parent company thousands of dollars...
— Mike Noe, Product Management Consultant
“Most of all, their attitude and patience, and willingness to help anyone are some of their greatest qualities.
— Tice Bain, Technical Recruiter